「In the past, Little Pearl could only depend on breathing sound and heart rate monitor sound to express herself. After trying out eye-tracking device, I have been able to know her desires, preferences. That’s when I started to truly know her soul.a mother of a child with severe cerebral palsy
“Eye-tracking technology surprised us and let us see the potential of my child.a mother of a child with rare disorders.

It is extremely difficult to for children with severe physical disabilities to express themselves. In addition, their parents usually suffer from the pressure of the caregiving workload and worry about their children’s future. How to help the parents stay positive over the course of the children’s life? As any other parents, they desire to understand their children and give their children the best education. 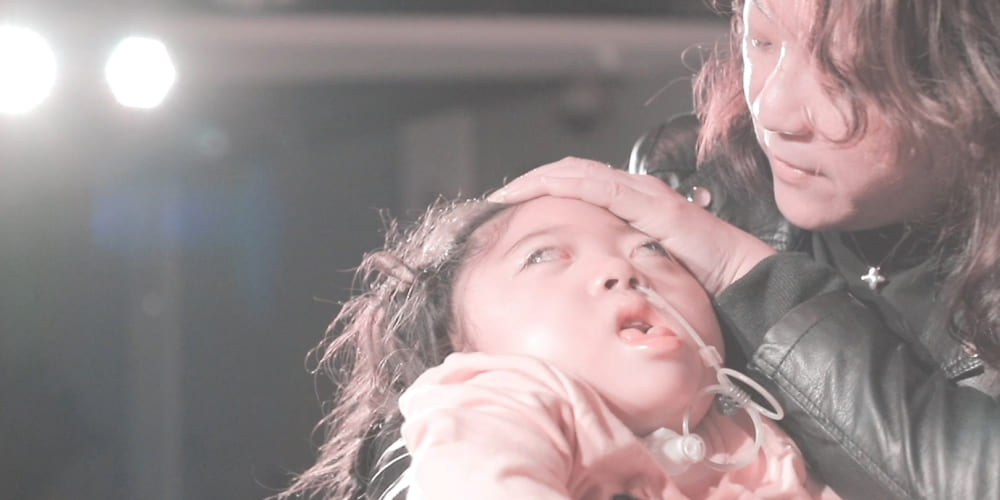 Fighting alongside my child

Liz works as a minister. She had her first kid after seven years’ efforts. She named her Little Pearl, meaning the Precious of the God. Little Pearl almost died unexpectedly ten days after she was born. “The doctor told me we had to do Tracheostomy. And we could only wait for her recovery.” Little Pearl experienced Hypoxia in the process, which caused her severe physical disabilities. Little Pearl has lived in this status for more than four years after her survival from the surgery. At midnight, when Liz looked at Little Pearl’s eyes, sometimes she couldn’t help but think “What’s the use of the child? What will other people think about her?”

Ever since Little Pearl tried out eye-tracking lessons, Liz found that Little Pearl still has eye functions, such as staring and tracing, even though she is non-verbal. When Little Pearl was playing with Purple Crow Butterflies games or Eyejoy games, Liz found that she wanted to express herself to others. “In the past, Rose could only depend on breathing sound and heart rate monitor sound to express herself. After trying out eye-tracking device, I have been able to know her desires, preferences. That’s when I started to truly know her soul.”

Last Christmas Eve, Liz brought Little Pearl to the church and brought hope to six other families having children like Little Pearl. “When you see children just lying there and not able to move and breathe, you suddenly realize, we don’t need to care about many things in life.” The vital sign monitor worn on Little Pearl’s thumb reminds Liz that life is not something we can control. We just need to cherish every day we have. 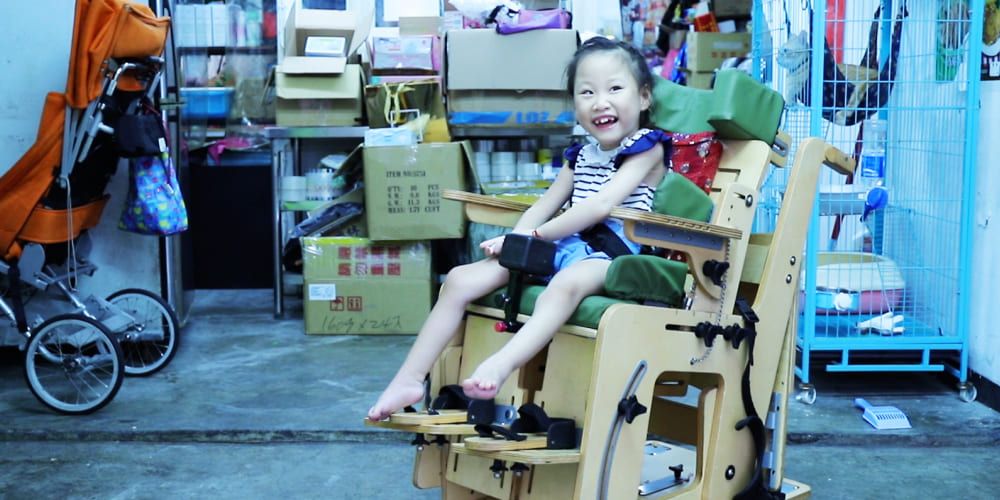 Other than physical rehabilitation, cognitive training is also important in the golden treatment period

Little Flower suffers from AADC, a rare disorder associated with developmental delay, oculogyric crises, and irritability. Little Flower’s mom knows that she has cognitive ability and consciousness, despite having dysfunctional limbs. But it is difficult for others to understand what Little Flower wants to say.

“I care about how my child feels. I won’t force her to do anything unless she expresses interest in it.” In the beginning, Mom was worried about Little Flower’s eyeball functions. “My friend told me not to worry about too much. Just let Little Flower try.” When Little Flower just started to use 1246 Cognitive Learning, she could only concentrate for a few seconds. But the instructor felt it was fine. She was very patient with the child in the lessons. Little Flower has learned well so far. She is able to apply the communication skills she learned from the lessons to real life and tell me what to do for her. For example, Little Flower can tell me “Mom I am hungry.” She can communicate with other people and make herself understood.

“Whether the conditions of the child will improve depends on the parents’ attitude. Taking eye-tracking lessons really surprised us and let us see the strength of life in our child. We have observed our child’s gradual change and we were moved greatly.” Mom kissed the forehead of Little Flower and said “Illness and accident, which comes first? No one knows. Life is short. My motto is to live in the moment. Thank you for being my daughter.”